Why it’s important to remain calm amid continuing economic uncertainty 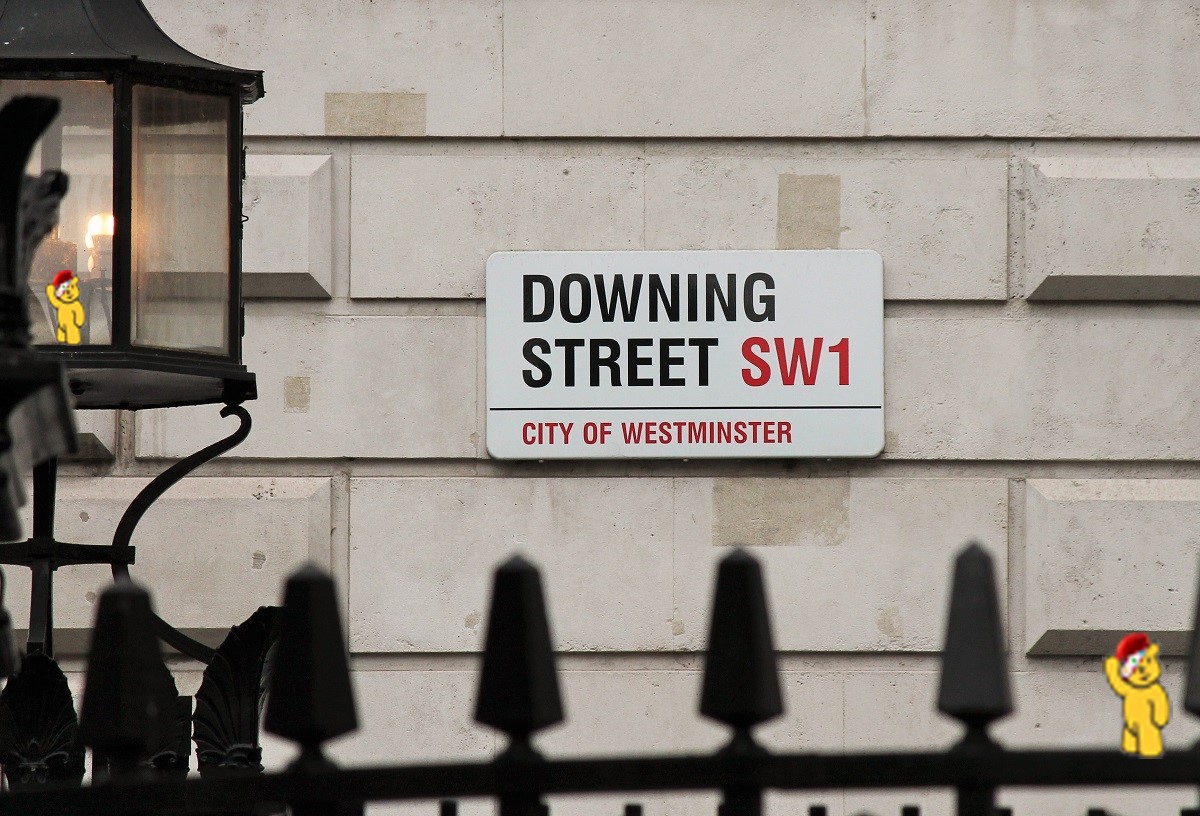 It’s been a worrying few weeks in the global financial markets. Read below about the current uncertainty, and why it’s important to remain calm in volatile times.

It would be fair to say that the recent “mini-Budget” ended up being anything but.

A series of tax cuts, the reversal of both the National Insurance increase and a planned Corporation Tax rise, and an eye-wateringly large intervention in energy markets prompted unprecedented market movements and even a rebuke from the International Monetary Fund (IMF).

The announcement was swiftly followed by the pound falling to a record low against the dollar (although it has now recovered, somewhat) and a sharp rise in the interest rate the UK pays on longer-term borrowing.

The volatility also resulted in emergency intervention from the Bank of England (BoE) and a U-turn on plans to abolish the 45p additional rate of Income Tax.

It’s natural that you may be concerned about your finances in light of these events. So, read on as we cut through some of the more sensational headlines and focus on how the recent uncertainty likely affects you.

A brief summary of recent events

If you’d like more detail on any of these areas, read on and you’ll find more analysis.

Or, of course, if you’re worried about current events please get in touch for a chat. We understand that, for many people, these events are unsettling and we’re here to help you understand what they mean for you.

Firstly, though, read about two behavioural biases you should keep in mind during these uncertain times.

Two behavioural biases to be aware of in uncertain times

When you’re faced with a sea of worrying news headlines, it’s very easy for your subconscious biases to take over. Making knee-jerk, emotional decisions may help you to feel “in control”, but these can often have a detrimental effect on your long-term financial security.

Here are two biases that you should be aware of.

The theory of “loss aversion” posits that humans feel the pain of losses twice as strongly as the pleasure of gains.

In falling markets, the fear of “losing” money can lead you to cash in investments. However, this often simply turns a paper loss into an actual loss, and it means you don’t benefit from positive returns when markets recover.

While markets are likely to remain volatile over the coming weeks and months, over time prices will more closely reflect the economic characteristics of the asset.

Loss aversion may also mean you take too little risk with your investments, in fear of losing money. For example, you may decide to invest in “safe” securities that offer lower potential returns, but are less volatile. While you may potentially avoid some risk, it could mean that your investments and pension don’t grow as much as they need to for you to achieve the lifestyle you want in later life.

When you’re investing, diversification is vital if you want to mitigate risk. So, it’s important not to limit your investments to companies or regions you “know”.

At a very basic level, familiarity bias might mean you have significant holdings in your own employer. On a wider level it might mean you’re predominantly or even exclusively invested in the UK – in household names you’re familiar with.

While it is good to invest in the areas you’re knowledgeable in, you still need to diversify and not just invest in what you know. This will help you to avoid familiarity bias.

A good example of this is that the UK stock market only represents around 4% of the overall value of global equity markets. If you hold more than 4% of your wealth in UK shares, you’re displaying familiarity bias since you are investing in “what you know”.

One of the immediate consequences of the mini-Budget was that markets reacted negatively to announcements about tax cuts funded through borrowing.

Sky News reports that, at one point, sterling slipped by nearly 5% to a low of $1.0327. That’s an all-time low against the dollar, surpassing the previous low point set in February 1985.

A weakened pound makes imports more expensive, which could further push up inflation. In addition, interest rates often rise during periods of currency weakness to attract money into the economy.

It’s worth noting that, after the reversal of the abolition of the 45p tax rate, the pound rallied, returning to the level seen before the mini-Budget, at around $1.13.

The likely result of the weakness in the pound is that interest rates will rise sharply. Schroders expect the base rate to rise to 5.25% in the middle of 2023 – more than twice the current level.

You will have seen the headlines that many mortgage lenders immediately withdrew their mortgage deals, with Moneyfacts reporting that almost 1,000 products were removed from the market in just a few days after the mini-Budget. Many of these have been repriced at higher rates.

The BBC reports that the average rate on two-year fixed mortgage deals jumped to 5.75% on Monday 3 October, up from 4.74% on the day of the mini-Budget.

This means that anyone looking for a mortgage into 2023 will likely pay a significant amount more than before, and those coming off the low-cost deals popular over the last five years will see their repayments rise sharply.

In theory, savers should also benefit from higher interest rates on cash savings, but these have yet to filter through to the market in a meaningful way.

It’s likely that you’ve seen some pretty alarming headlines over the last couple of weeks. The Telegraph’s “Pension funds crisis forces £65 billion bailout by Bank” is typical of the media reporting of the fallout of the mini-Budget – but it’s important to note that BoE action was designed to protect pension funds.

If you have a “final salary” or defined benefit (DB) pension

The recent sell-off of British government bonds (“gilts”) caused the rate of return the bond generates (the “yield”) to dramatically increase.

This affected defined benefit (DB) or “final salary” pension funds because the pension schemes typically invest more than half of their assets in bonds, in order to pay pension liabilities decades into the future.

To avoid being exposed to market volatility, these pension schemes typically hedge their positions through gilt derivatives managed by so-called liability-driven investment (LDI) funds overseen by major fund managers such as BlackRock, Legal & General, and Schroders.

If yields rise too far and too fast – as they did after the mini-Budget – the schemes need to provide more cash to the LDI funds because they end up paying out more money in the transaction than they are receiving.

The recent sharp moves prompted emergency calls for the pension funds to provide collateral, so they may only have had a couple of days to find this cash. This led to the headlines about the funds potentially “going bust”.

The BoE’s intervention – they stepped in to buy billions of pounds of British government bonds – calmed the market, as it gave pension schemes time to process transactions in an orderly manner to secure their positions.

What it means for you is that, as long as the employer sponsoring your pension scheme remains solvent, there is little risk of your pension not being paid in full.

If you have a “money purchase” or defined contribution (DC) pension

Most UK workers saving into a pension are members of a defined contribution (DC) scheme.

Although you can usually decide where your money is invested, the default option is typically a mixture of equities, bonds, gilts, and other assets. If you’ve checked your valuation in recent months, it’s likely that you have seen a fall in value – mainly as most developed stock markets have fallen in 2022.

If you have years to go until your retirement, there is plenty of chance for markets – and the value of your fund – to recover in the coming years.

If you’re nearer to retirement, it’s worth consulting us to determine the best way to draw income. We understand that it’s a tricky time, and we’re here for you.

Accessing income from sources other than your pension could ensure the long-term sustainability of your fund, while a knock-on effect of the current economic situation is that annuity rates have improved in the last few months. This means you may be able to “buy” a higher income for your investment.

1. The stock market is not the economy

Firstly, it’s important to note that the recent turmoil hasn’t had a dramatic impact on stock markets. The UK’s FTSE 100 – an index of the 100 largest companies in the UK by market capitalisation – fell from 7,159 the day before the mini-Budget to 6,893 at the end of September 2022 – a drop of around 3.5%.

Part of the reason for this is that more than 75% of the revenues of the largest 100 companies listed on the London Stock Exchange are derived from overseas.

In many cases, these profits will be boosted by the recent decline in the value of the pound. This combination of higher profits and lower share prices improves the attractiveness of UK shares and should lead to higher long-term returns.

Additionally, if you have a well-diversified portfolio, the rising value of the US dollar provides a positive contribution to sterling-based returns, as US assets are worth more. This has helped to shore up portfolio returns for many.

2. A fall in stock markets means the opportunity to buy “cheaper” assets

Many investors believe that it is good to buy at a time when stock markets are low. The principle is that you can buy more shares or units for your money, leading to a boost in profits as and when markets pick up again.

While it’s impossible to time the market, drip-feeding investments in an uncertain market is one possible approach. If the markets go down further, you’re buying at a cheaper level. This could help smooth out your returns, with the hope they recover and grow in the longer term.

If you’re concerned about recent events, or you’d like to have a chat, we’re always here to help. We can talk through your current position and the effect of the mini-Budget on your finances.

This article is for general information only and does not constitute advice. The information is aimed at retail clients only.

All contents are based on our understanding of HMRC legislation, which is subject to change.

The value of your investment can go down as well as up and you may not get back the full amount you invested. Past performance is not a reliable indicator of future performance.

A pension is a long-term investment not normally accessible until 55 (57 from April 2028). The fund value may fluctuate and can go down, which would have an impact on the level of pension benefits available. Past performance is not a reliable indicator of future results.

The tax implications of pension withdrawals will be based on your individual circumstances. Thresholds, percentage rates and tax legislation may change in subsequent Finance Acts